The First Settlement Decision in Turkey at A Glance: Philips et al. Case

The implementation of the settlement mechanism by the Turkish Competition Authority (“TCA”) is becoming more and more common every day ever since the Regulation on the Settlement Procedure for Investigations on Anticompetitive Agreements, Concerted Practices, Decisions and Abuse of Dominant Position ("Settlement Regulation") entered into force on July 15, 2021.  It is evident that the TCA has sped up the implementation of the settlement mechanism and is looking forward to applying this mechanism effectively.

The very first implementation of this mechanism can be found in the TCA’s decision dated August 5, 2021 and numbered 21-37/524-258 (“Decision”) taken to conclude the investigation initiated against Türk Philips Ticaret A.Ş. (“PHILIPS”), Dünya Dış Ticaret Ltd. Şti. (“DÜNYA”), Melisa Elektrikli ve Elektronik Ev Eşyaları Bilg. Don. İnş. San. Tic. A.Ş. (“MELİSA”), Nit-Set Ev Aletleri Paz. San. ve Tic. Ltd. Şti. (“NİTSET”) and GİPA Dayanıklı Tüketim Mamülleri Tic. A.Ş. (“GİPA”)[1]. The unique side of the Decision is also represented by the fact that the undertakings besides PHILIPS were entitled to getting a reduction in fines because the TCA deemed the relevant parties were obliged to follow PHILIPS’ instructions for getting into anticompetitive agreements. This can have far reaching results when taken within the context of horizontal agreements.

On March 28, 2022, the TCA has published its reasoned decision regarding the termination of the investigation initiated against PHILIPS, DÜNYA, MELİSA, NİTSET and GİPA. Notwithstanding the decision is of pivotal importance in terms of constituting the first example of the settlement mechanism, it also raises some questions regarding its implementation of that mechanism which are also subject to this article.

On January 7, 2021, the TCA initiated an investigation against PHILIPS, DÜNYA, MELİSA, NİTSET, and GİPA to determine whether the undertakings had violated the Article 4 of Law No. 4054 on the Protection of Competition (“Competition Law”) by way of fixing the resale prices of their resellers and restricting their online sales. The case was concluded with the settlements where each of undertakings agreed to the existence of the violation in return for a 25% fine reduction.

As set forth by the Settlement Regulation, the settlement parties benefiting from the procedure cannot appeal the contents of the settlement text (including the monetary fine amount), the settlement mechanism brings about certain questions on how the reasoned decisions and conclusions made therein should be evaluated.

Although the investigation was concluded with the use of settlement mechanism, like its decisions taken at the end of fully completed investigations (where all the stages of defenses are executed), the TCA chose to make solid conclusions regarding the investigated conduct. In this regard, the TCA determined that[2]:

The TCA evaluate that resale price fixing usually constitutes infringement by an object and the conducts of the investigated undertakings provided neither further efficiency nor any improvement. It is emphasized in the Decision that for suppliers to fix the dealer prices at high-level causes a decrease on the resellers’ tendency to invest and reduce their costs by way of restricting the intra-brand competition between them.

The TCA deemed it fit to evaluate the findings regarding implementing restrictions on online sales of the resellers by PHILIPS and/or its distributors, with the findings regarding the intervention on the resale prices and concludes that there were indeed restrictions implemented on the resellers to carry out sales via e-commerce platforms. Evaluating conducts which are intended for the same economical purpose as one seems to be the right way.

Eventually, the TCA revealed that although not holding a dominant position PHILIPS had a considerable market power and played a decisive part on the determination of the policies regarding the resellers, declaring such policies also to its distributors. Thus, the TCA found that the distributors were in a more passive position due to them following the instructions imposed by PHILIPS in terms of the implementation and the planning of the anti-competitive conducts. The TCA assessed this situation of the distributors to be a mitigation factor within the scope of  Article 7 of the Regulation on Fines to Apply in Cases of Agreements, Concerted Practices and Decisions Limiting Competition, and Abuse of Dominant Position.

The settlement process started with the TCA accepting the settlement applications of the parties with its decisions dated 29.04.2021 and numbered 21-24/301-M; dated 21.05.2021 and numbered 21- 26/335-M. Thereafter separate online meeting was held with each of the parties during May 2021. The Memorandums regarding the settling parties were prepared by July 14, 2021 and the interim decisions were taken on the same date. The parties submitted their Settlement Texts in August 2021. Therefore, the entire procedure took less than three months to be finalized.

The Decision concludes that while there are two separate conducts, i.e., the restriction of online sales and resale price maintenance, the aim of both conducts was actually to intervene into the resale prices of the resellers[3]. The Decision contains detailed analysis of the findings obtained within the scope of the on-site inspections at the premises of the investigated undertakings. However, most of the findings are intra-undertaking correspondences which are mostly between employees of PHILIPS.

First, it is worth mentioning the annulment decision of the Council State regarding the TCA’s Henkel decision[4], in which Henkel was faced with an administrative fine of TRY 6,944,931.02 (approximately EUR 439,634) on the grounds that it violated the article 4 of the Competition Law by fixing the resale prices of its products[5].

The high court’s analysis in Henkel case has importance in terms of the case at hand. The Council of State determined that the important criteria such as the recommended sales prices turning into fixed prices, the existence of constraints regarding the resale price fixing conduct and the existence of price detecting systems for finding an RPM conduct. Although the TCA determined that the prices were increased as a result of the intervention by Henkel, the Council of State argued that it was not clear from the findings whether the price corrections were a result of the employees’ pressure or incentives.

With this annulment decision, the Council of State determined a stricter standard of proof in terms of detecting resale price maintenance conducts. Reflecting the Council of State’s approach to the Decision at hand, it should also be pointed out that it is not certain from the findings that PHILIPS’ intervention efforts actually yielded results which would satisfy the criteria determined by the Council of State’s Henkel decision but yet, through the settlement mechanism, the existence of a violation is a priori accepted.

In addition, the findings provide that the distributors were also aiming to protect their own interests against the threat of certain sanctions that PHILIPS was implementing against their resellers. Indeed, this can be clearly observed from certain findings. For example, in terms of Findings 2 and 5, it is concluded that “It is understood that the PHILIPS official requested MELİSA to contact the seller with the title of "…" in order to increase the price of the relevant product. No document has been found showing that MELİSA has responded to the request”[6] and “Upon the request of PHILIPS officials, GIPA (the distributor) tried to intervene to the […] dealer’s resale prices for vacuum cleaners”[7].

Moreover, the Decision also underlines this issue by stating that “It is understood that the interventions made to the resellers are made in accordance with the requests made by PHILIPS to the distributors, and that in some cases, the distributors can face conflicts between fulfilling the demands from PHILIPS and the interests of their own resellers”[8].

As acknowledged by the Decision, the trade investments provided to distributors and their resellers are provided solely at PHILIPS’ own discretion[9], thus can also be removed whenever PHILIPS deems it fit. Accordingly, PHILIPS has the advantage of using these investments or more appropriately their lack-of as a deterrent. Hence, the distributors’ accession to an agreement to intervene to the resale prices is also dubious.

The leading role of PHILIPS is also considered as a mitigating factor in the fines applied to the distributors because the TCA considered them to be coerced into the violation by PHILIPS. This is also a rather unique side of the decision as getting a reduction in fines because some other party forced you into anticompetitive agreements can have far reaching results when taken within the context of horizontal agreements.

As the foregoing explanations demonstrate, it can be questioned whether the TCA produced this Decision arguing that the correspondences included therein can be accepted as proof of an agreement between the distributors and resellers or because it did not really matter since the parties have already accepted the existence a violation by choosing the settlement route. In any case, the conclusion of the Decision points out to the existence of agreements within the meaning of Article 4 of the Competition Law. This issue is expected to raise more problems in the future, especially in terms of the investigations concerning horizontal agreements. What would the settlement decisions will look like when only one of the investigated undertakings decide to settle? Would the TCA still draft the decision in a way that a priori accepts the existence of an anticompetitive agreement?

The settlement mechanism is new to the competition regime in Turkey and as it is designed to be concluded before the preparation of the statement of objections, it tilts the balances in favor of the TCA. Therefore, we may continue to see discussions on how to properly assess the settlement decisions and their possible effects on the legal discussions in the future.

[1] The other undertakings other than Phillips are the brand’s regional wholesalers distributing the products of the brand to final resellers. 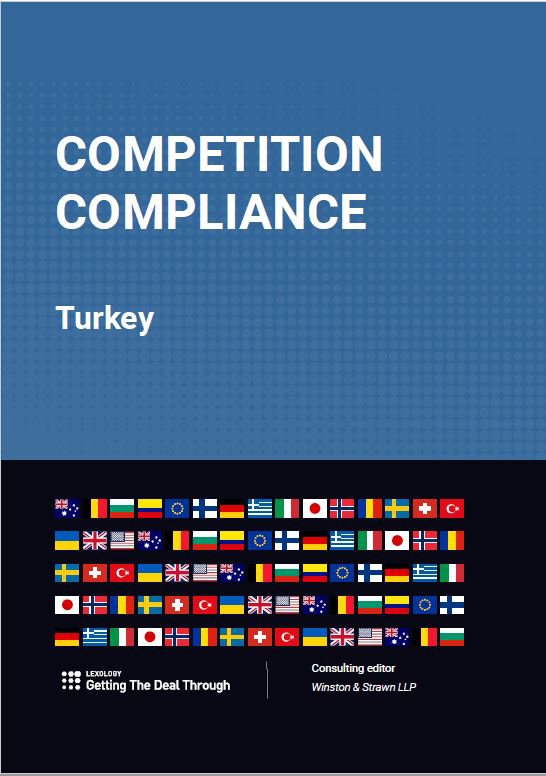 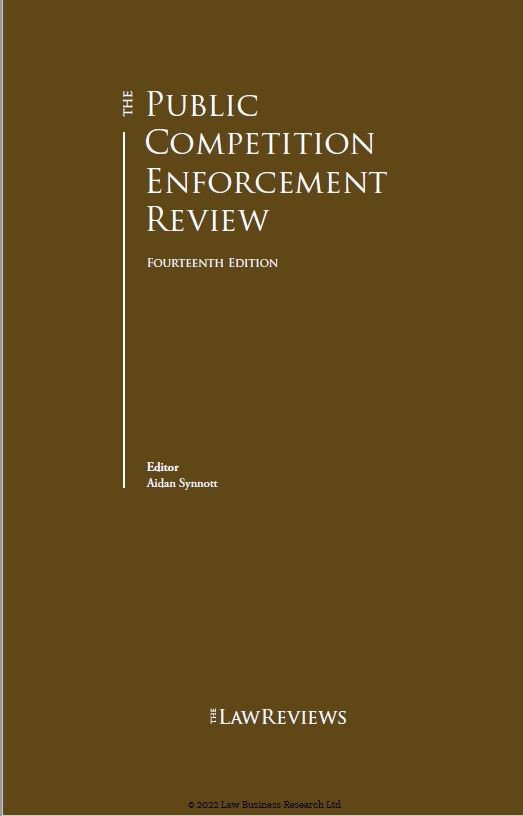 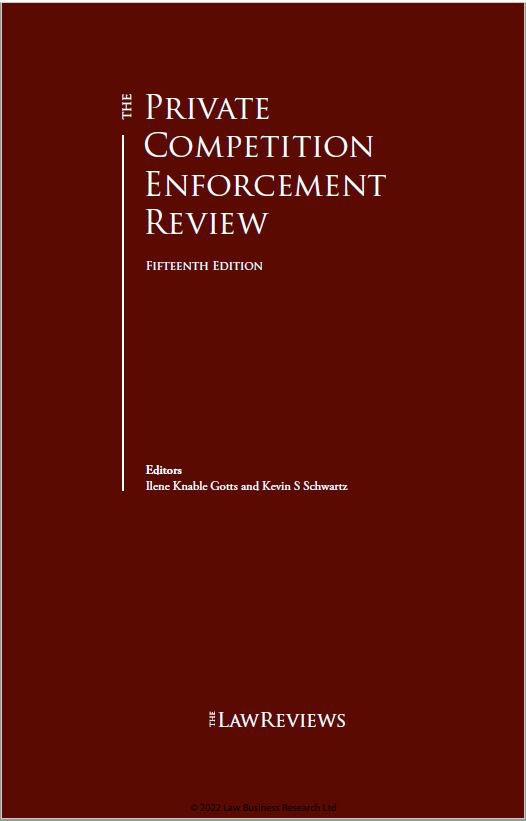