On 07.11.2019, the Turkish Competition Authority (“TCA”) concluded its preliminary inquiry regarding Google’s[1] bidding system and decided not to initiate a full-fledged investigation. Said preliminary inquiry had been initiated upon a 28.02.2019 dated complaint made with confidentiality request claiming that:

The complainant explained Google’s bidding system, referred to Trendyol’s (an e-commerce company which was acquired by Alibaba) advertisement strategy realized in Black Friday and concluded that considering global players’ entries into Turkish market such as Amazon, Trendyol demonstrates the possible outcomes how these global players with immense market power can restrict competition.

Prior to evaluating the conduct, the TCA examined the relevant market and its structural characteristics. The TCA defined three separate relevant product markets for the case at the hand; “general search services market”, “product listing ads market” and “e-commerce services market”.

As the TCA states, general search services market is a multi-sided market where on one side is consisted of users/consumers who make searches and need the results and on the other side is consisted of content providers who provides the content that feeds these search results. Additionally, since the value of the platform for the one side is generated by the number of users on the other side of the market, the general search services market also contains indirect network externalities. While determining the market, the TCA compared several different services and examined whether they are substitute for each other based on demand and supply substitution.

There are also specialized search services which provide services only within the context of a specific sector. Search services focused on hotel or flight reservations can be given as examples of mentioned services. As explained, since said services provide focused results with special filters, the TCA decided that they are not substitutable for general search services.

Following, the TCA stated that there are two main types of search ads offered by Google; product listing ads and AdWords (text-based advertisements). Product listing ads are the ones displayed on top of the search results of Google with images and prices of the concerned product while AdWords are text-based advertisements displayed in the results section of Google amongst other non-advertised search results with a disclaimer.  Product listing ads direct the user/consumer to the purchase page while the AdWords direct the user/consumer to the relevant website. In addition to the examination, the e-commerce undertakings stated the following on their responses to TCA’s information requests:

Considering the responses with the information and evaluation provided by the TCA, it is concluded that the mentioned two kinds of advertisement are not substitutable. Therefore, the TCA defined relevant product market as product listing ads.

As Google explained in their responses to TCA’s information requests, the online advertisements are purchased in milliseconds as users make their searches. The algorithm opens a bidding and evaluates all previously placed orders in different terms and decides the one to be displayed in the results page. It is mentioned that Google utilizes Second Auction Model which differs from their previously utilized auction mechanism, namely, First Auction Model. The first auction model is basically tender bidding in a classical sense where the highest bidder wins the election and pay the price it offered fully. However, in the second auction model, the highest bidder wins but only pays a price which is only 0,01 USD higher than the second highest offer. Therefore, the purchasers only pay the exact amount enough to win the auction, which creates efficiency.

It is important to emphasize that Google mentioned; the auction is not solely based on price offers but also takes into consideration factors such as relevance to consumers’ search, location and other data and the quality of the ad and the website which placed the ad. The quality of the ad and the website creates the quality score of an advertiser which is utilized in the calculation of the outcome of the auction. Therefore, a purchaser with high quality ad and website but low budget can still win an auction. The documents acquired by the TCA also proves this argument.

In its decision, the TCA determined that Google is in dominant position in the general search services market and product listing ads market. The TCA considered Google’s market share in usage rates of search engines in Turkey and globally. In addition to the TCA’s and European Commission’s previous decisions regarding Google, the statistics used in the concerned decision demonstrated that Google has a market share over 90% since 2013 in Turkey and globally. Also, considering Google’s high brand awareness, economic and financial power and the network externalities in the market, the TCA determined that there are high barriers to entry in the general search services market. Furthermore, there is no buyer power against Google which can balance its market power.

After establishing that Google is in dominant position, the TCA evaluated the alleged conducts. The TCA categorized the allegations as; (i) discrimination caused by Google’s auction algorithm and (ii) excessive pricing.

However, after examining the document and information obtained during the preliminary inquiry, the TCA stated that the algorithm used for the auction model by Google is not suitable for such conduct. In addition to this, there is no reasonable motive for Google to favor an undertaking over another for such behavior can restrict competition which will reduce Google’s revenue in long term and also can defame Google’s brand. Furthermore, the complainant referred to Trendyol’s advertisement strategy during Black Friday, however when examined, such result is due to Trendyol’s own strategy and not caused by Google. The exemplary search results obtained from Google shows that it is possible for every undertaking to win the auction and be displayed in the ads. As mentioned before, the algorithm takes into account many variables, from quality to geographic relevance to the consumer. Therefore, the TCA decided that there is no abuse of dominance through discrimination.

As per the excessive pricing allegations, the TCA determined that it is unlikely for Google to perform such conduct since, due to nature of auction model, Google is not the party determining the prices to be charged for its services. The prices are realized during the auction through the orders placed by the customers. The TCA further investigated an outside intervention into the auction mechanism and determined that the algorithm is not manipulated manually from outside. It is also stated that conducting Economic Value Test for determination of excessive pricing is not possible due to two reasons. First of all, it is not possible to calculate the advertising cost of Google, as it is proportional to the clicks drawn by the product; calculating the rate of profitability and determining what is the reasonable profit margin is also not possible. Secondly, in the search ads market, where the price can be differentiated even for the same product every second, it is not possible to compare the price of the products with the advertising price realized in a competing search engine. Therefore, the TCA deemed it is impossible to conclude about whether the prices are excessive or not since it is difficult to interpret which profitability rate can be deemed as excessive. Therefore, it has been ruled that there is no abuse of dominance via excessive pricing either.

Significance of the Preliminary Inquiry

The TCA’s decision is of importance for Google since it basically certifies Google’s algorithm-based bidding mechanism as infringement-free. Indeed, it is repeatedly underlined that due to its nature, the auction mechanism cannot result with excessive pricing or discriminatory practices. Considering this, unless the bidding mechanism is disturbed with an outside intervention, it is not possible for it to create competition law related concerns. 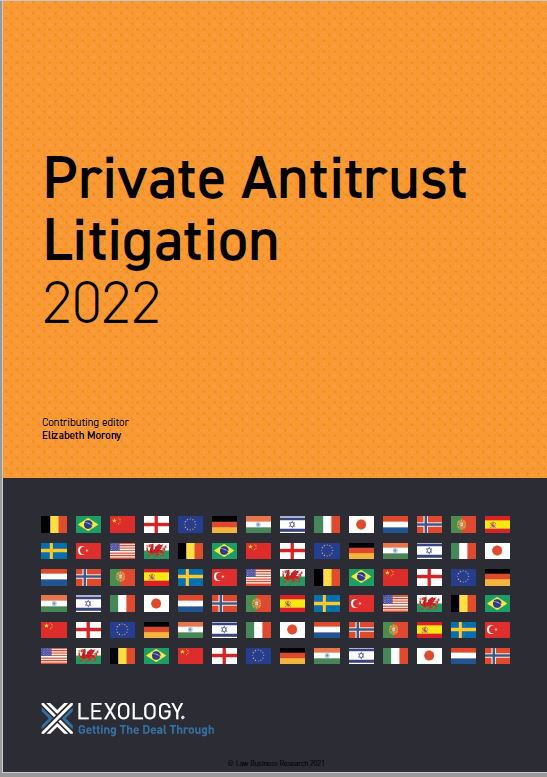